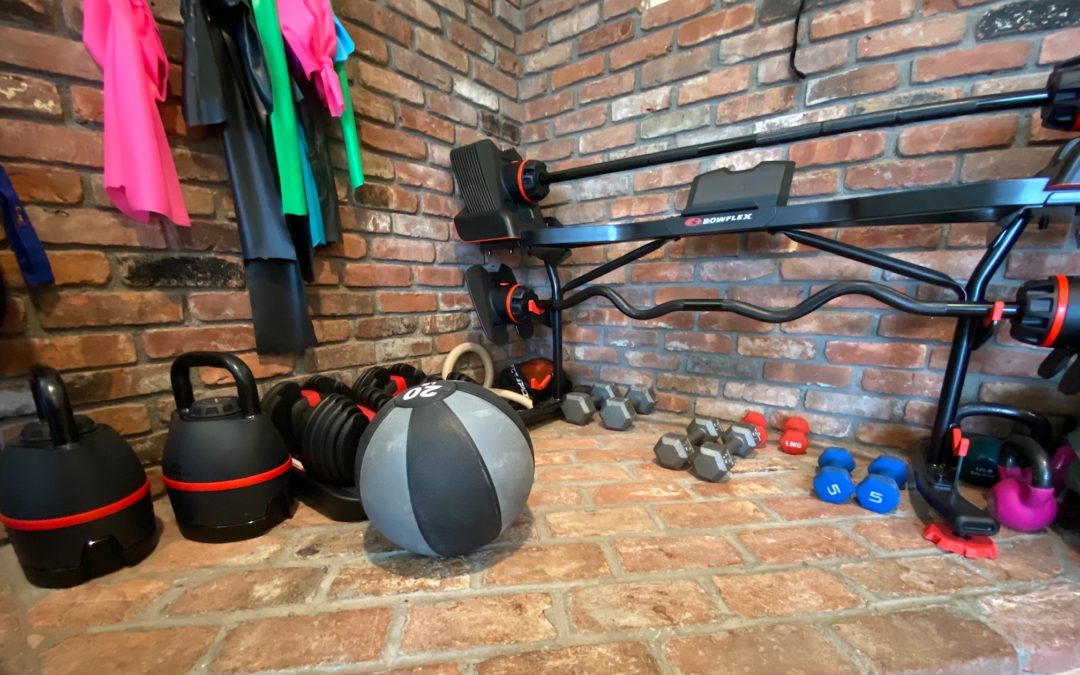 I cannot take credit for this idea. The topic of this blog comes from a 17-year-old athlete client, who recently got into weightlifting at the gym. My weightlifter clients are a blast, because we spend most of every session goofing around in my gym space, trying out each other’s ideas for exercises. Anyway, this client and I were discussing different ways to organize a strengthening routine. I frequently structure strength building routines for clients with a plan that continuously rotates a heavy weight day, a core day, and an HIIT day. My plan rotates different exercises in and out of each workout every two to three months to change the stimulus as soon as your brain and muscles start to accommodate to each workout. Changing the stimulus keeps you continuously building strength and burning calories, if those are your goals.

This young guy came into the clinic one day and unveiled his new workout plan, which he had organized into push sets and pull sets. It was working for him and he was enjoying weightlifting. I was intrigued and decided to test it out for myself, as my Strava followers can attest. “What the heck [editor’s note: not actually “heck”] is all this push pull stuff?” Was a recent text from a friend.

A quick exploratory search around the internet revealed that push-pull sets are an up-and-coming trend, although they tend to be used primarily to organize upper body strength training. The fitness trainers and weightlifters online who use this method tend to organize their workouts around an upper body push day, an upper body pull day, a lower body day, and a core day. A couple of sessions of geeking out in my home/clinic gym, however, was a revelation that any exercise on the earth includes either pushing or pulling, sometimes both.

So here’s what I found out: Push-pull sets are great! They harness the principle of active recovery. By alternating push sets and pull sets, one muscle group is worked while the opposing muscle group has a day to rest. Push-pull sets are low maintenance. If you know a bunch of simple exercises, you can perform push-pull sets in your home with minimal equipment or no equipment whatsoever, although a resistance band and some handheld weights can be very useful. You can design your own workouts to fit your needs, and you can make the sets as short or as long as you want. And once you understand which exercises are “push” exercises and which are “pull” exercises, the workouts fall into place.  You don’t have to carry around a sheet of paper on a clipboard to figure out what to do next.

It’s very simple: A push set includes exercises that involve pushing. This could be pushing resistance away from you, or pushing your body away from a floor, wall, or other piece of equipment. Some examples of exercises that could comprise a push set include push ups, chest press, triceps dips, squats, lunges, and any kind of jumps—squat jumps, split jumps, and box jumps, for example.

A pull set contains exercises that incorporate a pulling motion. This is slightly trickier. Pull exercises include pulling resistance toward you, as in rowing. It can also include pulling yourself up against gravity, as in pull-ups and chin-ups. But it also includes pulling resistance or a part of your body toward the midline of your body. So crunches, hamstring curls, deadlifts, flys, reverse flys, and most resistance band exercises would be part of a pull set. One could argue that flys are a push exercise, if performed lying on your back with weights because you have to push the weights up above you to begin the fly exercise. But because that push happens once at the beginning of each fly set and is not performed repeatedly as part of the exercise, I’m not counting it. But you’re free to categorize flys however you choose.

Isometric exercises, in which you are pushing or pulling against resistance in a static position, without an accompanying movement, also can be categorized as push or pull exercises. A plank is a push exercise. You may be holding a static position, but your entire body is pushing up against gravity to hold that position. A single or bilateral arm hang is a pulling exercise. You are pulling with your shoulder girdle, as well as with your elbow, wrist, hand and finger flexors to maintain a static hanging position. Think about the direction in which you would be moving, if you were moving during the exercise.

Some multi-joint exercises include both pushing and pulling. A burpee is one of these: In a low squat, hands on the floor you push your feet back into a push up position, pull your knees back into a squat and then explosively push up into a squat jump. A side plank with a reverse fly is another. As you push into your side plank, you are pulling your scapula to your rib cage with your top arm performing the reverse fly. The same is true for a plank row: As you push into the plank, you alternate pulling each shoulder blade back with your elbow bent. These are all fantastic exercises for high-intensity, full-body strengthening, and you are free to either incorporate them into a pull set or push set, or create your own push-pull combo set.

Once the push-pull concept makes sense, you have the entire world of strengthening available to you and you can organize it all in whatever way makes sense to you. You could perform a 10 or 15-minute set 6 days a week alternating challenging and easy upper body, lower body, and core push and pull sets. Alternatively, you can use my system of weights, core and HIIT to organize your push-pull sets, or you could write your own push-pull workouts that include a little of everything. Alternating the push-pull concept allows us to get in a short, full-body strength routine of varied intensity, most days of the week. It also can be fun now and then to just wing it, decide you’re going to do a push or pull set, and then figure out which push or pull exercises you’re feeling today.

Push-pull sets break up the monotony of doing the same workouts over and over, feel fun and creative, give you control over your own workouts, allow for active recovery even when training on consecutive days, and keep you continuously building your strength. Give them a try!